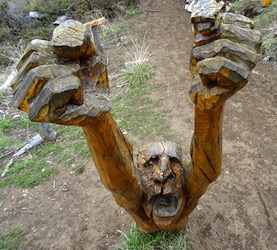 A dozen years ago, I presented my fellow rheumatologists with an original topo on the origin of autoimmune diseases, entitled “Strata: from bacteria to rheumatizer”. I developed an ontological vision from the fundamental organization of life. The ‘strata’ are, starting from the molecules, their fusion into replicant biomolecules, their organization into micelles, the independence of the internal environment which makes it a micro-universe, the selection of the most stable among these entities, the rapid dispersion of those that divide, the cooperation between specialized entities within a larger structure. The first viruses, fungus and prokaryotes were born, complex biomolecular assemblages.

The cooperation did not stop there. Different species of primitive entities associate their characteristics when they are synergistic. Recently found example: a single-celled organism covered with magnetotactic bacteria. The single-celled provides bacteria with energy in the form of hydrogen. Bacteria allow the single-celled to orient itself in the sediments where it lives, thanks to the Earth’s magnetic field.

How can this symbiosis be made even more effective? By making it permanent within a single organization. This is the case of mitochondria, small power plants that have ended up definitively integrating eukaryotes.

But a cell cannot grow indefinitely. It becomes too fragile. The next strata is the association between evolved cells. Their number is growing. They were selected for their remarkable ability to multiply. How will they share the same pool of resources?

Reproducible laws must concretize optimal cooperation. Until then, the cells are prokaryotes, simple bacteria without nucleus or organelles. Now we need to better organize the genetic material and ensure that it is common to all cells. Chromosomes appear and are protected by a nucleus, which may have initially been a prokaryotic specialized in the sustainable storage of information. Cells become eukaryotes.

The viruses that survive, in competition with these entities now more complex and adaptable than them, are those that divert the resources of eukaryotes to their benefit. They cheat by including their information in the information to be duplicated. Many genes are exchanged and integrated through these viruses, which are perpetually trying to interact with eukaryotes.

Complexity of the code and organs

How do cells manage to form a larger organism? By specializing their colonies in complementary tasks. Organs are born. All cells share the same genetic code of “guidelines”, but preferentially use part of it. The chromosomes themselves become more complex. Epigenetics, based on the deployment and folding of DNA, now makes parts of the code accessible or not.

This strict regulation finally allows the appearance of large organizations. The cell colonies reach a staggering size (3×1013 cells in a human of 70kgs) while forming a welded and better specialized entity for survival. Giving up some of one’s freedom to reproduce and last: a basic social rule that eukaryotes found long before Homo Sapiens.

What if cells cheat by regaining their freedom without leaving the body? Cheating often pays off. This is why in cells as in humans, it persist. Who can resist the desire to grab more resources than others? Thief cells are called cancerous. Well-deserved nasty epithet. But offenders are simply returning to their original intention to multiply as long as there are resources to do so.

Cells do not become deliberately cancerous. Their excesses come from an alteration of the genetic code. The laws disappear, the chains disappear. The cancerous finds itself free and wriggling in the middle of a gigantic pantry. Why would it try to leave the premises?

The word to the defense

Mutations, viral invasions, and toxic aggressions of DNA are so common that the body has two types of defenses against continual cancerous transformations:
1) Killer genes are introduced into the code. They kill the cell if it manifestly ceases to follow the common rules. TP53 (tumor protein 53) is a tumor suppressor gene present in 2 copies in humans.
2) The immune system includes the cells specialized in the police inside the body. They are responsible for destroying viruses and bacteria that don’t belong here, as well as cells that escape the code.

The attack/defense competition is permanent. Cancerous cells which survive are those which manage to pretend to be normal. The police are being eaten up. A gang forms under their noses. Soon it will be an army. It will racketeer and stifle the economy of other cells. That’s the end of it.

The immune system also falls into the opposite excess. It is difficult for it to spot the right citizens, displaying the right recognition molecules, in the middle of the hundreds of thousands of different molecules that are outside and frequently manage to cross the body, by ingestion or by small breaches. The police are on the alert, to the point that they sometimes start attacking good citizens.

This is the origin of autoimmune diseases. The immune system declares foreign targets belonging to the body. Joints are frequently affected. Polyarthritis is the most common of the autoimmune manifestations. You have understood why I placed this diatribe a little long in the introduction of my topo. Polyarthritis is innocent joints that are beaten by the police, because their passports have been used by intruders. They pay as much as they do, or even in their place when they disappear, many years later.

Treatment is not easy. Impossible to forget a target. You should remove the photo in all the immune cells! So the doctor tries to calm the police, reduces its funds. He uses immune blockers.

Reverse approach to that of cancer, which is the opposite disorder. Since the police do not recognize the bandits, it is necessary to give it robot portraits under the nose, more detailed. Immunostimulation is the most promising treatment for cancers.

If I tell you today about this very unconventional introduction at the time, it is because I have just read it almost word for word, twelve years later, in an article in Scientific American by Athena Aktipis, of the Evolution and Cancer Center of the University of Arizona. The text is masterful (necessarily 🙂 and adds observations that fit remarkably into this ontological approach.

She explains the astonishing observation that large animals have as many or fewer cancers as small ones. Yet the larger the total number of cells, the higher the chances that some will mutate and escape the immune system. But evolution has taken care to create the conditions for gigantism. Whales and elephants are rarely affected by cancers, unlike much smaller animals. It was Peto’s paradox, named after the English epidemiologist, who first remarked it, in 1977.

Peto at the whales

Peto’s paradox is explained by the presence in whales and elephants of multiple copies of genes such as TP53, the tumor killer. Elephants have about forty. Humans affected by Li-Fraumeni syndrome, on the other hand, lost one of their two TP53s. They are extremely vulnerable to cancer (90% chance of developing one before the age of 60).

Athena Aktipis also points out that cancer cells have regained the freedom of an independent bacterial colony to the point of cooperating with each other. They move in small groups and rebuild an architecture of blood vessels for their exclusive benefit. Metastases are clone colonies that settle throughout the body.

No suicide without seeing the rope

Obviously this is not very clever on their part, since the organism ends up dying. But these cells that have become primitive again have no tools to model such a fate. It takes a lot of additional strata of complexity, organic and then mental, for a layer of abstraction to finally think about it… and the eradication of offenders, before they have caused too much damage. Get excited about this approach! Immunotherapy, by trying to restore the proper functioning of the police, is transforming the prognosis of advanced cancers…

… and triggers polyarthritis in the treaties. This is not a surprise. Be careful not to excite the police too much!

Ectosymbiotic bacteria at the origin of magnetoreception in a marine protist, 2019
Malignant cells: the return of primitive egoism, 2022

Read the theory that made it possible to imagine this pathophysiology of cancer and rheumatism ten years before its scientific publication:
Surimposium